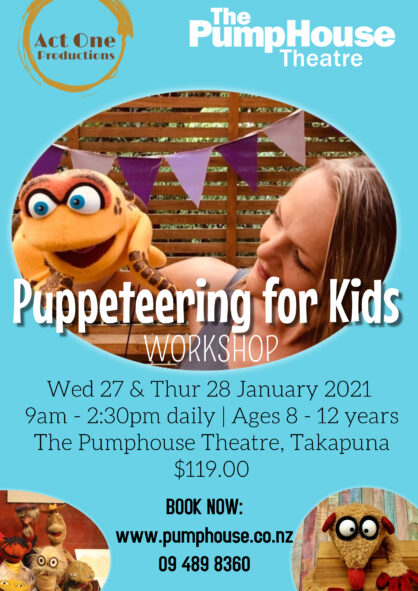 Guidance will be provided on this fun-filled journey where students are free to explore different types of puppets and what makes them interesting to an audience. During the two-day workshop students will learn a combination of puppetry skills and characterisation skills to refine their chosen puppet character.

The course will end with a short showcase of the students’ work for parents and caregivers at 2pm on the last day of the course.

Her television credits include roles in Interrogation (2006) and Shortland Street (2006, 2012, 2014), and her theatre highlights include The Santa Claus Show, Tim Bray Productions (2011), Some Explicit Polaroids by Mark Ravhenhill (2012), and The Continental Monologues, Directed by Tom Sainsbury (2011).

Lucy worked continuously for a year at Whoa! Studios where she performed as an actor and puppeteer for three of their theatre shows (Buzz’s Fright Night 2017, Custard of the Caribbean 2017-2018, and It Came From Outer Space 2018). She also worked as an assistant puppeteer on television series Custard’s World in 2018.

In 2012, Lucy founded her company Puppet Tree Productions Ltd. Credits include Bugs Breakfast, Classic! and Olive of the
Ocean.

Lucy works regularly for Act One Productions Ltd. as a children’s entertainer, puppeteer and performer. 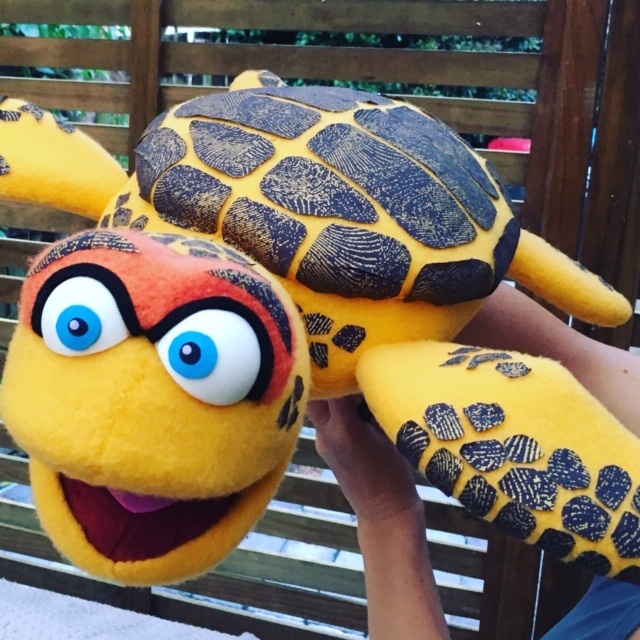