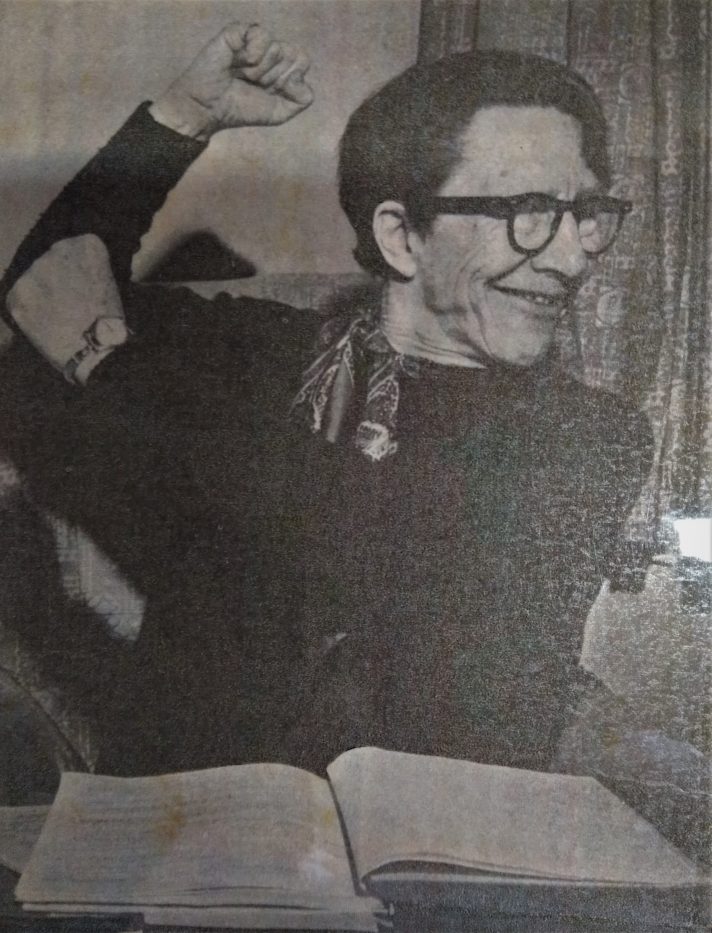 Every good theatre has their own resident “ghostly presence” and The PumpHouse is no exception.

Many people have reporting a feeling of being watched, missing props (only to have them return a few minutes later) and the flash of someone watching from the Stage Right wings.

Most people think its a friendly visit from Peg Escott.

Cicely Margaret (Peg) Escott was born in Eltham London in 1908 just two years after The PumpHouse began it’s first life as a water pumping station. Her family emigrated to New Zealand in 1926, but Peg returned to England in the thirties.

There she worked as a lift girl at the Times Book Club and wrote and published three novels Insolence of Office(1934), Awake at Noon(1935), both under the pseudonym C.M Allen, and Showdown(1936) (which was published in America under the title I Told My Love) which was set here in New Zealand.

The success of this third book enabled her to return to NZ where had various jobs such as teaching drama first at Epsom Girls Grammar and then at the Department of Adult Education.

She became well known in local theatrical circles as an adjudicator at Drama Festivals and as a producer for local amateur societies. She also broadcast for some years as a member of the 1YC Critic’s panel on radio.

It was the love of the dramatic arts coupled with a ‘indefatigable tenacity’ that led her to be involved with and eventually succeeding in the saving of the PumpHouse building and its re birth as a theatre. She was a founding member of the trust board.

People who knew her describe her as ‘a battler’ – a ‘humble person’ who won the love and respect of many, who sadly were afraid to tell her to her face.

She was her own greatest critic – destroying most of her ‘scribblings’ as she called them. Apart from her novels and a book of poems published posthumously her only other surviving works are ‘My Street’, a one act play and ‘Saved’ an ‘almost melodrama’ part of which was performed at the official opening weekend of The PumpHouse in 1977.

Sadly later that year Peg died. As a tribute to her an offstage green room – The Peg Escott Green Room – was built in 1978. It is in this space that some people say they have felt the presence of Peg still.

According to well-known psychic medium Kelvin Cruickshank, Peg is watching and laughing at the goings on in the theatre – and with a sense of fun sometimes moving things which is certainly how people remember her – witty with an attractive persona.

We are honoured that Peg chooses to keep an eye on the place which she loved as much as we do!