Our theatre, like many others around the world, got into a pretty dire position when Covid hit our shores. The entertainment industry is one of the first to close its doors when a lockdown hits, and one of the last to be able to open back up. Theatres thrive off groups of people gathering together to have the shared experience of the magic of storytelling.

The PumpHouse Theatre prides itself on being a safe, healthy venue for visitors. We are over the moon that we are able to open our doors once again, but the only way we can remain open and operational for the foreseeable future is by following the Government’s Covid-19 Protection Framework guidelines as a “vaccine only” venue. It simply wouldn’t be economically possible to hold events with the restrictions placed on events where unvaccinated people may attend.

We acknowledge that there are many differing opinions on this subject, however, we are happy with our decision to keep the community safe in our space. We thank you for your understanding!

We’ll follow Government guidelines as they change, and look forward to entertaining our wonderful community with a wide variety of shows and events in 2022!

Summer means Shakespeare at The PumpHouse Theatre, with the annual Holiday Drama Programme: Shakespeare in a Week! And the ever-popular Auckland Shakespeare in the Park performed in the Outdoor Amphitheatre.

We are suckers for a good ol’ story from the Bard, so we are excited that the young thespians in next week’s holiday programme will be studying one of his most famous plays (and one of the last plays he wrote) – The Tempest. The week will consist of devising a Shakespearean performance from scratch, developing characters, creating props and set, and of course, culminating in a performance outdoors for whānau and friends to come and enjoy. 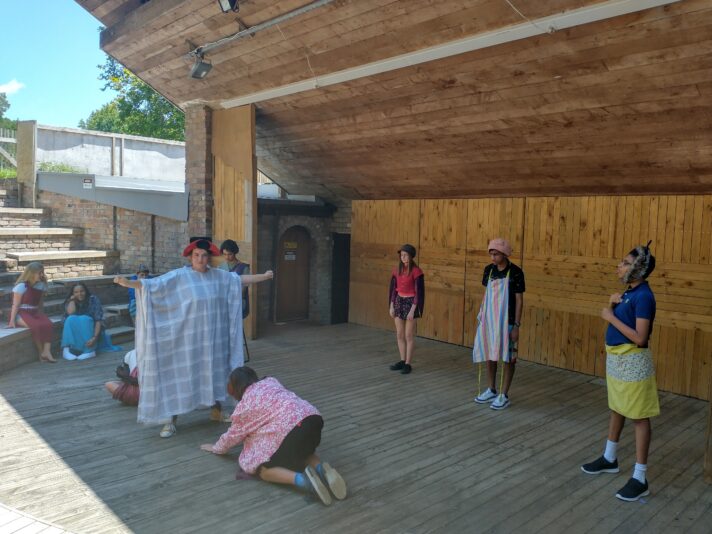 There are a very limited number of spots left for Shakespeare in a Week – so if it sounds like something that your 12-18-year-old will enjoy, book in ASAP!

Speaking of famous plays by Mr. Willy Shakes – the renowned Auckland Shakespeare in the Park is back in 2022 with two bangers: Two Gentlemen of Verona and The Merchant of Venice. As the sun sets, you’ll be treated to riveting performances, sumptuous costumes, and the magic of storytelling under the stars.

Free tickets for children under 12!
Shoreside Theatre loves encouraging our youth to enjoy and understand Shakespeare, so they are offering Free Children’s Tickets for under 12-year-olds. Children must be accompanied by a paying adult with a maximum of 3 free tickets per booking. 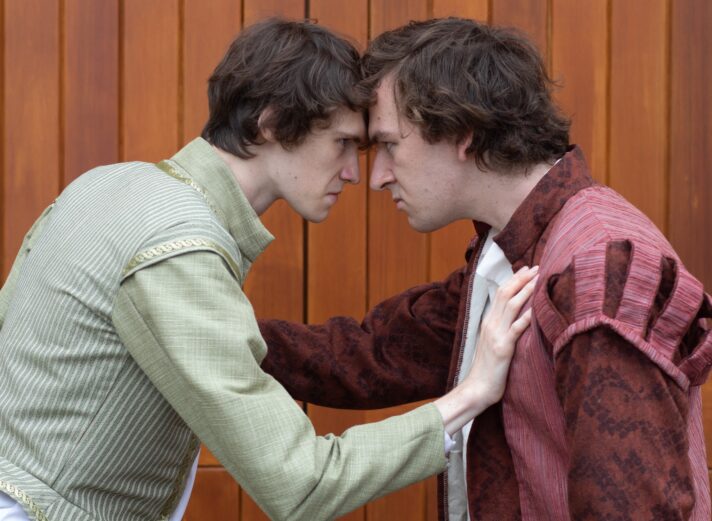 Two Gentlemen of Verona, directed by our very own James Bell follows Valentine and Proteus, two firm friends from Verona who find their relationship put to the test when they both fall in love with the same woman. When Proteus’s father sends him away from Verona and the woman he loves, he finds himself falling for Valentine’s beloved, Silvia.

Both men forget their friendship and wrangle for her affection, but, after a series of mishaps and mistaken identities, the two couples are reunited and reconciled in marriage. 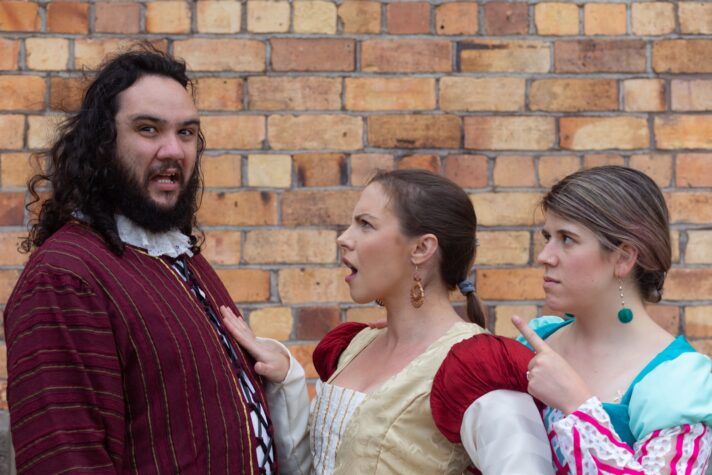 The Merchant of Venice, directed by Trevor Sharp is a clever and controversial comedy. The story is set in motion when Bassanio, a poor nobleman in Venice, needs money to woo the beautiful heiress Portia.

He asks his friend Antonio for a loan, but Antonio has invested his funds in ships overseas. The moneylender, Shylock, offers the cash on the condition that he will take a pound of Antonio’s flesh if the loan is not repaid within three months.

Antonio goes bankrupt and Portia steps in, disguised as a young male lawyer, to save the day.

Find out more about our Shakespearean Summer by clicking the posters below! 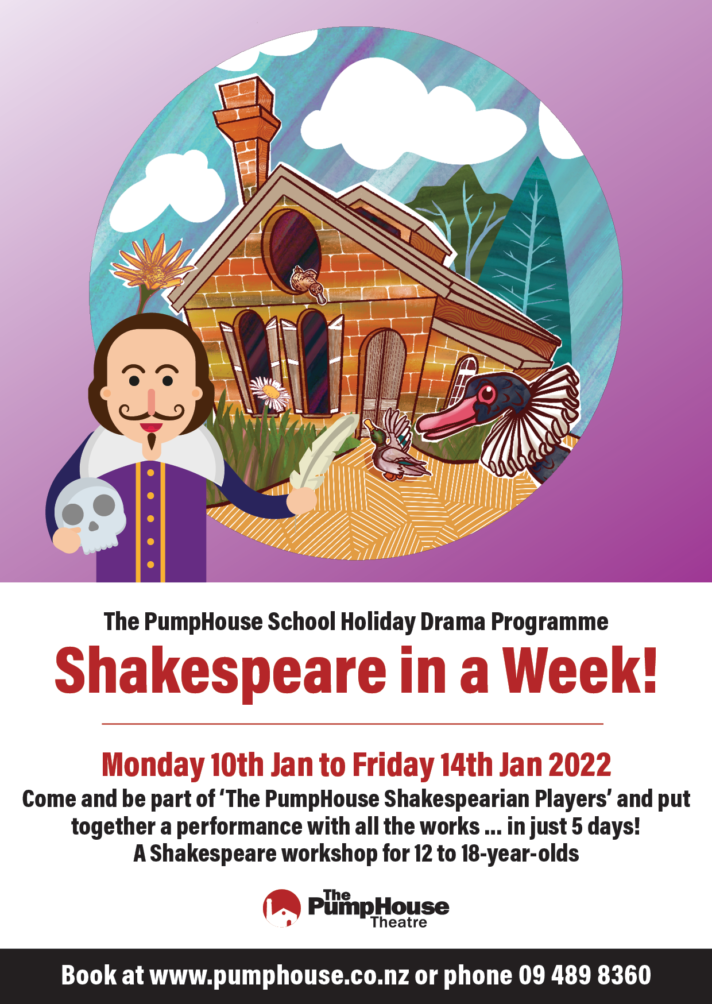 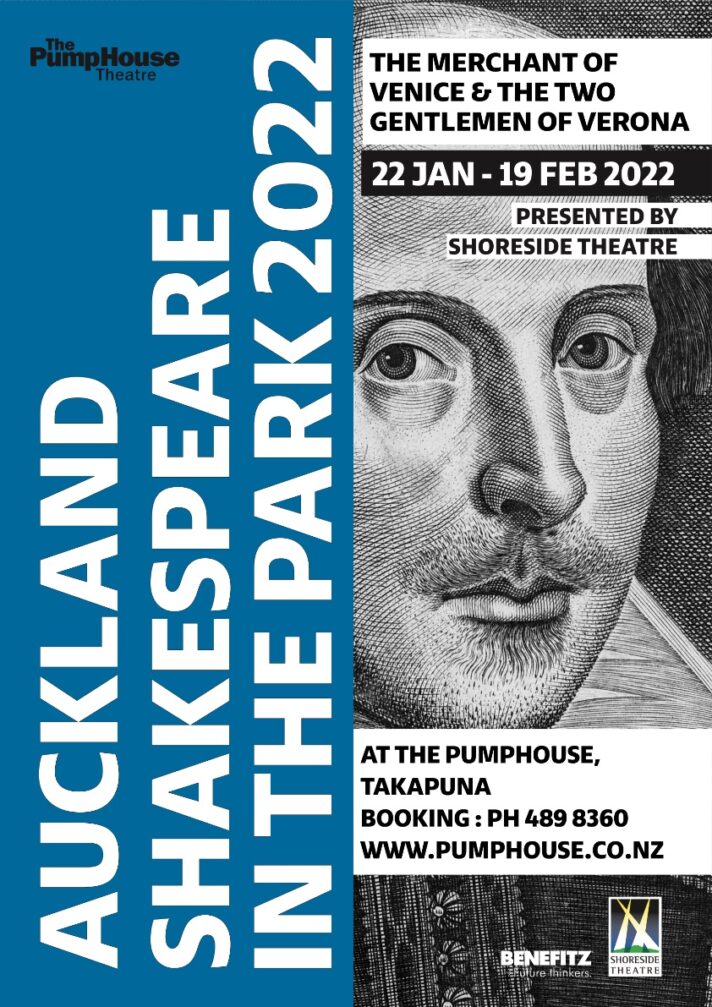 Against all odds, we managed to (finally) hold our AGM last Sunday, which was rescheduled from August due to Covid-19. A small number gathered in the PumpHouse outdoor amphitheatre, with socially distanced seating.

A major highlight of the AGM saw local legends Peter Baird and Ruth Ell recognised for their contributions to our theatre, being awarded life membership of Friends of The PumpHouse. 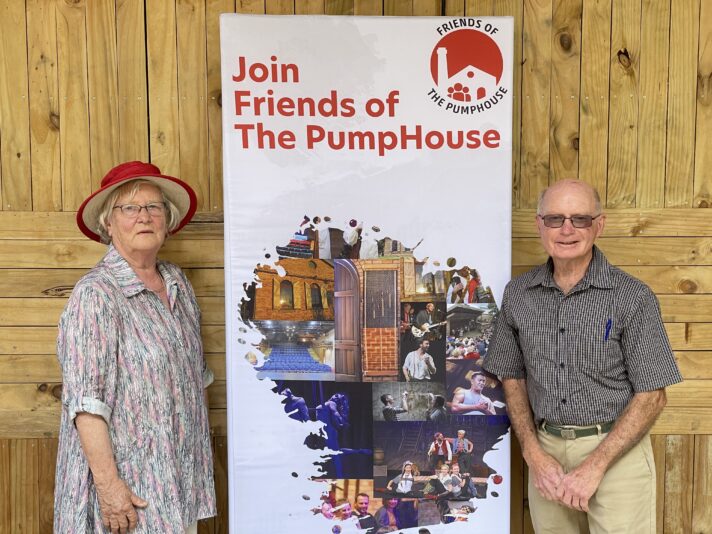 Ruth has been a long-time PumpHouse supporter and was a committee member when The PumpHouse opened in the 70s, helping with everything from fundraising to advertising.

Peter trod the boards as a dancer and chorus member for North Shore Operatic in the 70s, and returned to The PumpHouse as a Trust Board member about five years ago. His significant contribution has helped to secure funding for The PumpHouse Theatre canopy project, due for completion in January.

This event has left us excited for our reopening next week, and we look forward to (safely!) bringing back our wonderful creative community to enjoy the magic of theatre once more.

There is nothing quite like live theatre – as you theatre lovers will know! But what exactly is it that makes it so special? Here are 10 reasons why we believe theatre is such a special experience. 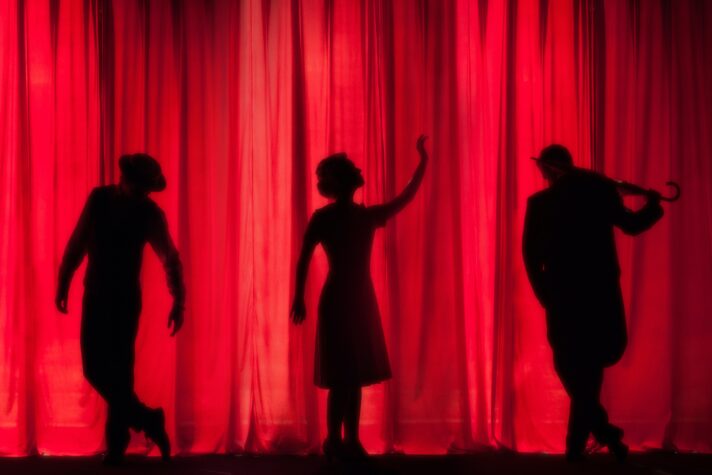 In line with Covid-19 Level 3 guidelines we are closed until Auckland returns to Level 2.

We are working with producers of upcoming shows and events to look at options to reschedule events, and will be in touch with ticket holders as soon as we can. This blog will be regularly updated with any cancellations or postponements.

If you have not received an email or a refund please get in touch. The best way to get hold of PumpHouse Theatre staff is by emailing info@pumphouse.co.nz
The French Rendez-vous Café is also closed until further notice.
Keep smiling! ? 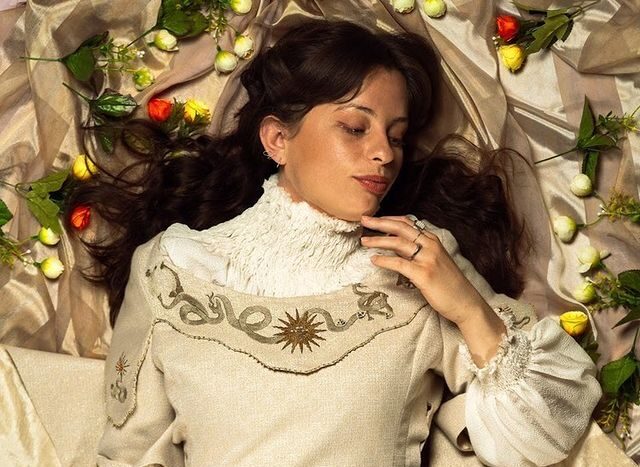 Our radiant Venue Operations Coordinator, Rhiannon is wrapping up her chapter at The PumpHouse today.

Rhi has been a vibrant, important part of our theatre and will be sorely missed by staff, hirers, and patrons. She started out working here as a Casual Box Office team member, soon after also acquiring the role of Duty Manager. Her creative eye, unique flair, and easy-going nature didn’t go unnoticed, hence why she was offered the position of Venue Ops Coordinator in early 2020… yep – right before our first lockdown! 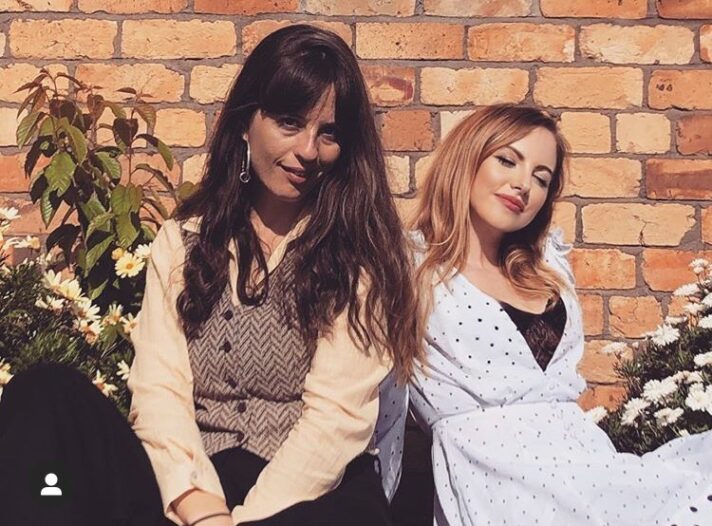 Rhi has qualifications in Producing and Art, she is a hot-in-demand Stage Manager, captivating Actor, and will begin her Directing journey this October where she is directing a one-act play.

Well, where to from here? She has a TONNE of creative endeavors to pursue (including a web series!) If you want to follow her journey, you can follow her on Instagram @rhi.rhi.rose 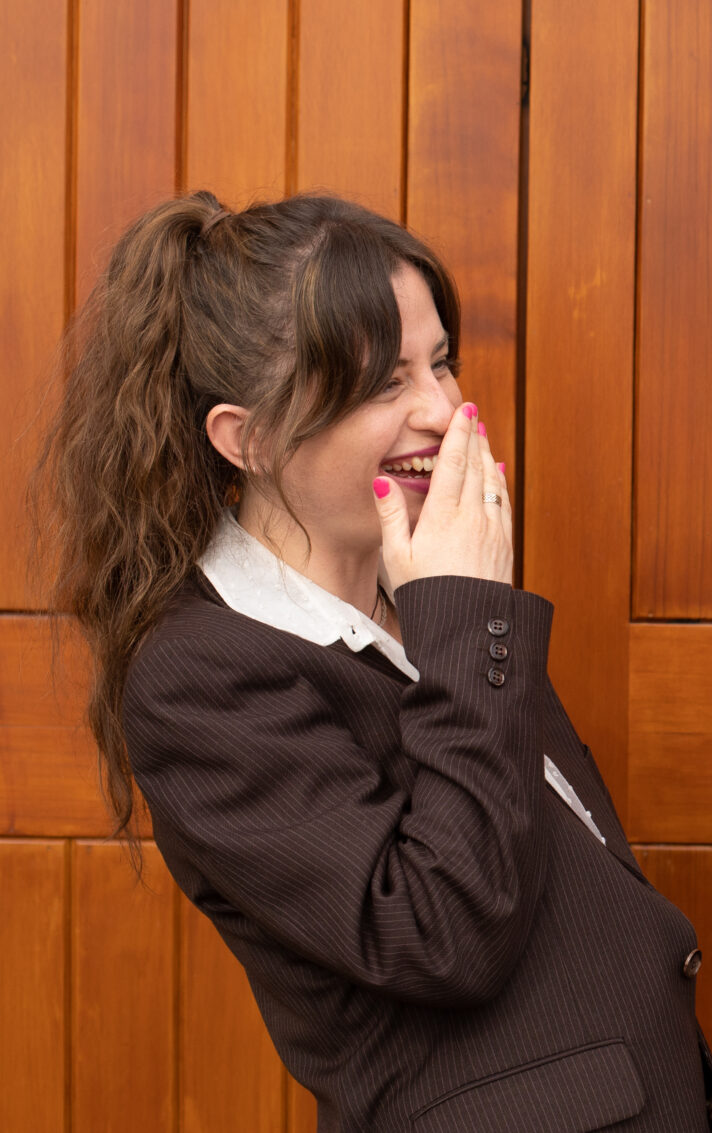 The past few months have been jam-packed with excitement here at The PumpHouse, so we thought we’d compile a list of six notable achievements, events, and upgrades that have happened recently. Take a read!

Head on down to The Pumphouse Theatre this Sunday 23 May between 10am and 4pm for our first annual open day.

The family-friendly day includes free tours of the theatre, the chance to try on some costumes, and to learn about stage lighting. There’s also a line-up of entertainment including musicians, dancers, and performers. 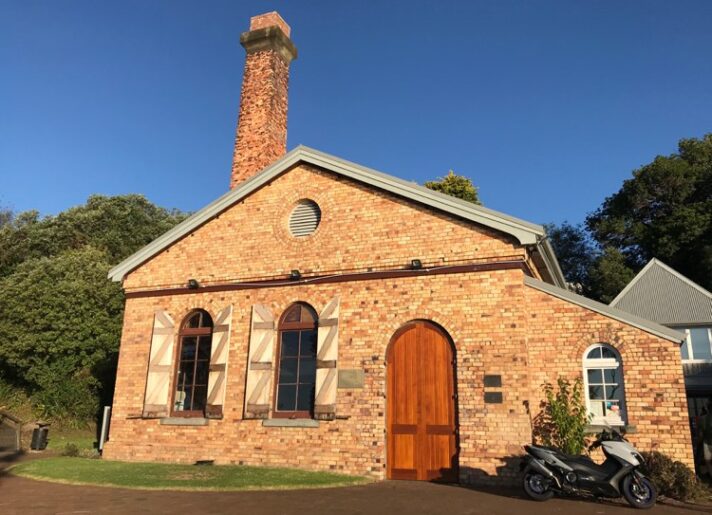 The PumpHouse is pleased to present Aorere College showcasing their upcoming multimedia performance at The PumpHouse who will be at the event along with Market stalls selling arts and crafts, food trucks, and the French Rendez-vous Café.

Mags Delaney, the Community Engagement Coordinator, says “This is a chance for us to extend a welcome to our community beyond our regular supporters and share our ‘little gem’ even further.” 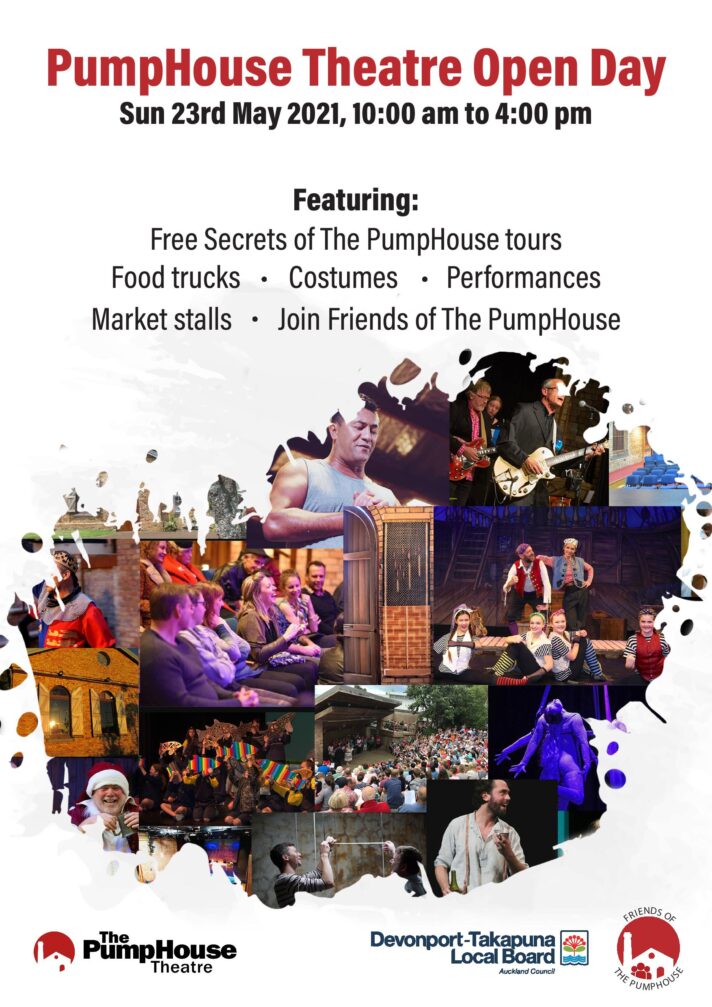 Our popular Creative Talk series is back and well underway for the year. This free monthly event hosted by The PumpHouse Theatre opened with a flourish in March with a talk from Forrest Hill resident Linda Cartwright. Linda is a vocal coach and actor who has worked with many notable actors on projects such as The Lord of The Rings Trilogy.

The remaining 2021 line-up of talks includes:

These incredible people all have a connection with The PumpHouse in their artistic careers. 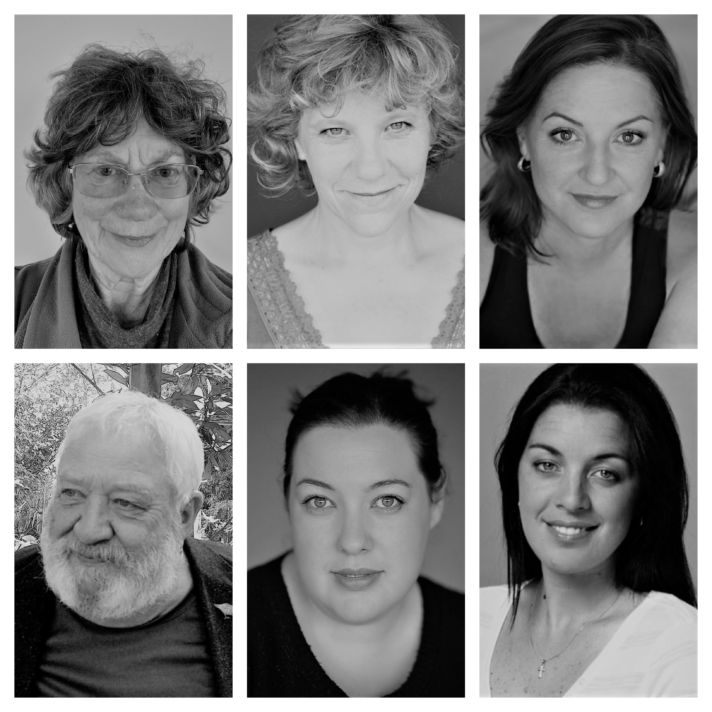 “There’s a bit of a ‘women in theatre’ vibe about our programme this year,” says Mags Delaney, Community Engagement Coordinator.  “All of our guests are actively involved in producing, directing, and performing shows this year.”

The PumpHouse Theatre’s Creative Talks series aims to bring the community together with creatives to discover more about their process and what inspires them. Each event explores what goes on behind the scenes to create their unique art. There is something for everyone with an interest in the arts and what inspires and drives creativity.

The event is free with tea and coffee provided. Booking a seat on The PumpHouse website is recommended due to the limited number of spaces available.

More details can be found here.

Come and explore our breathtakingly beautiful heritage building with a virtual tour of The PumpHouse Theatre! Go behind the scenes and explore areas that are usually only seen by actors and backstage crew. This is the perfect opportunity for you to experience the atmosphere of our theatre without leaving home.

Click here to be taken on the virtual tour.

About the virtual tour

Created by Muse3D, one of New Zealand’s leading providers of full-immersion, virtual reality tours for the real estate, tourism, and commercial industries.

The Matterport Scanner doesn’t take photographs or video, instead, it scans a property, which in turn, creates a fully immersive, virtual tour which allows you to tour the haunted locations we investigate. All from your computer, phone, or in virtual reality!