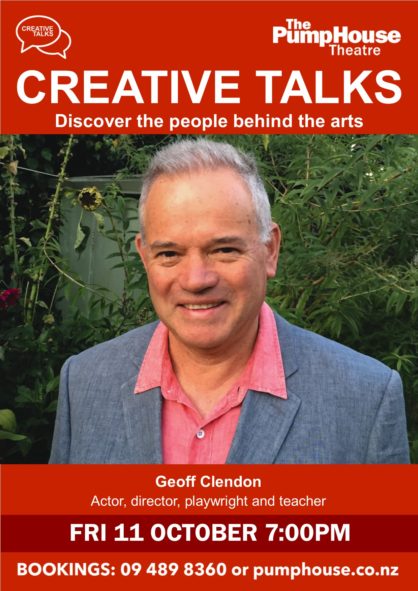 Geoff Clendon, current Head of Drama at Massey High School is a graduate of the National Institute of Dramatic Art (NIDA) in Sydney and has worked in the performing arts for over forty years as an actor, director, writer and teacher.

He has had a life-long love affair with Rangitoto Island having grown up on Milford Beach from where he sometimes rowed across to Rangitoto after school and would spend some of his holidays camping in a cave there. While on the island he became fascinated by the idiosyncratic baches and some of the eccentric characters living in them. This has inspired him to write the play RANGITOTO ,set in the bach community on Rangitoto Island over the Christmas/New Year’s period, 1932 when New Zealand was in the grip of the Great Depression. It concerns tensions among the ‘shackholders’ when economic hardship collided with a change in the ethos of the community.

The aim in writing the play, besides providing an entertaining night at the theatre, is to bring to life an important part of Auckland’s cultural heritage while giving the audience an opportunity to reflect upon not only what has been lost, but also upon the way certain values endure across the decades.

We welcome Geoff as part of our Auckland Heritage Festival events.

RANGITOTO is to be staged at the Pumphouse in October 2020 before traveling to Waiheke Island for a season.