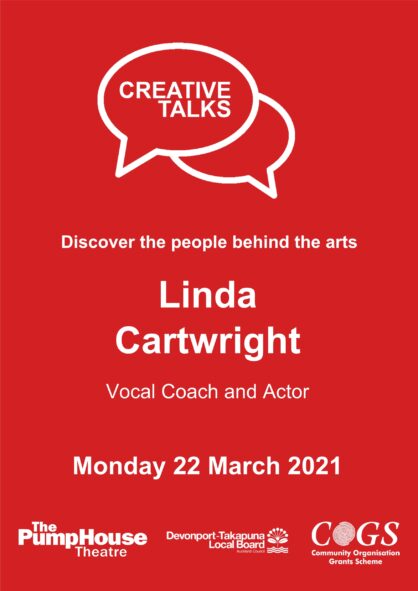 This is a FREE event but seating is limited.

After acting in amateur theatre,  Linda Cartwright was asked by Raymond Hawthorne, founder and artistic director of Auckland’s second professional theatre group, Theatre Corporate if she liked acting classes.  He’d gathered together people he’d seen in the National Theatre Federation One Act Play Competition and other places and that was the beginning of Theatre Corporate.

Linda left her day job in the early 70s and worked in Theatre Corprate’s in Education programme and then was a founder member of the Theatre when it opened professionally.

When a training course was added, Raymond got all the senior actors to teach the subject he thought was their strength and he chose Linda to teach Voice. 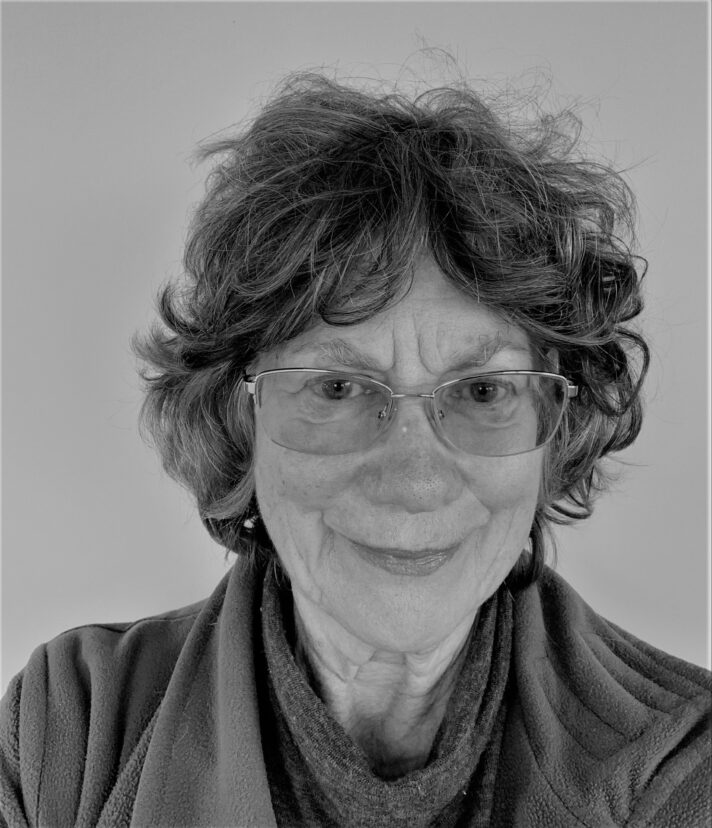 When the film and television industry started, and theatres were struggling for sponsorship, Linda decided to teach Voice fulltime. She has studied with Cicely Berry and Andrew Wade at the Royal Shakespeare Company in Stratford-upon-Avon and with Linklater-designated tutors at Shakespeare & Company in Boston, U.S.A.  As well as Estill work with Anne-Marie Speed, organising workshops for her whenever she was back in New Zealand.

Linda has taught on various tertiary courses for actors, principally at Unitec’s School of Performing & Screen Arts, where she was Head of Voice from its inception until 2007, and during that time was International Editor for VASTA (Voice & Speech Teachers Association) and NZ Editor for IDEA (International Dialects of English Archive).

It’s been Linda’s pleasure to help politicians, actors and business people with their voices too. As she says ‘I’ve met wonderful people!’