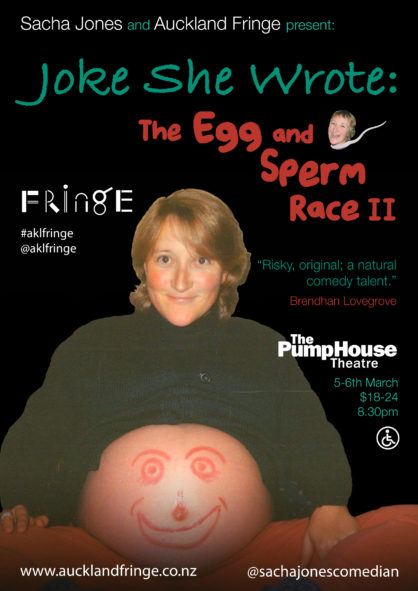 Joke She Wrote is a one-woman stand up comedy hour of the classic no-frills variety with a dash of performance theatre thrown in to keep us all on our toes as we kick off this make or break ominously named year of the rat.

It is a sequel of sorts to Sacha’s sold out 2018 Auckland Fringe show, The Egg and Sperm Race, with all new material revolving around the same mid life crisis, mother of three – three! – vegan millennial’s, wife to an aging boomer, member of the forgotten generation, daughter of a Trump supporter, all round mentally-challenged, woman-identifying human who will have her vengeance in this life or the next!

Probably the next, at the rate she’s going.