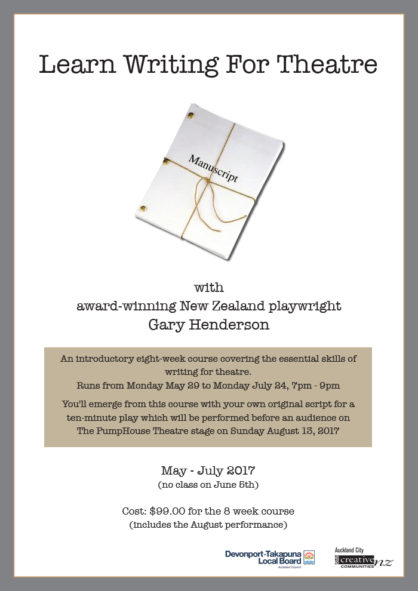 Join award-winning New Zealand playwright Gary Henderson at The PumpHouse Theatre for another in our series of eight-week courses that will introduce you to the essential skills of writing for theatre.

You’ll emerge from this course with your own original script for a ten-minute play which will be performed before an audience on The PumpHouse Theatre stage in August 2017.

“Since attending the workshop, I have had one of the plays I wrote performed by ADAPT, AUT’s Drama Club. I have also co-written, produced and directed a show for Auckland Fringe 2017 called Pillow Talk, which has been received favorably both by members of the industry and general public.” – Natasha Lay (Autumn 2016 course)