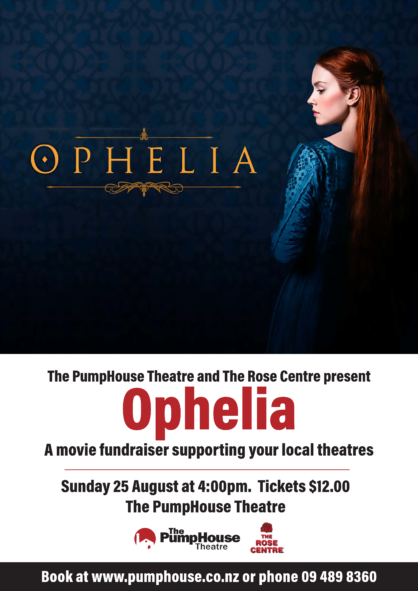 Come and support two of your favourite Arts Venues and get to see a film that is on limited release here in New Zealand.

Based on the novel by Lisa Klein, the film follows the story of Hamlet from Ophelia’s perspective staring Daisy Ridley in the title role, alongside Naomi Watts, Clive Owen, George MacKay, Tom Felton and Devon Terrell.

The story, although well-known from Shakespeare’s Hamlet, brings alive the ancient but always relevant tension between love, power and vengeance.