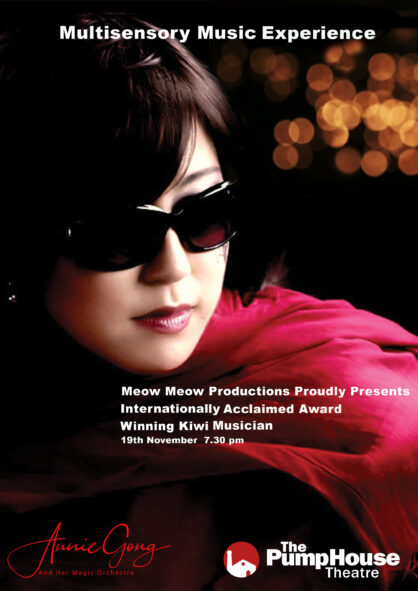 The Coal Bunker at The PumpHouse

A Multisensory Experience with a One-Woman Symphony Orchestra

Enjoy a variety of well-known popular classical music from Mozart, Strauss, Bach, Shostakovich to modern composers like Ed Sheeran, Leonard Cohen and The Beatles. A special intimate experience for music lovers of all ages and genres.

Annie is a proud New Zealander who has been performing worldwide with extensive repertoire from the Classics to Rock and Pop. Annie has performed and thrilled audiences from Beijing to New York and has appeared on Beijing television as well as PBS television in New York as a solo artist, with her incredible virtual Symphony Orchestra. She astounds both Cruise Ship and Land Based audiences with her beautiful repertoire of music from Classical fusion to movie themes and Broadway, to some of the biggest rock and pop music on the planet.

When live on stage, Annie has a delightful cheeky sense of humour which comes through with her natural personality and banter – winning audiences and fans all over the world.

When at home in Auckland, Annie is always busy arranging and recording her unique symphony orchestral repertoire of classical music, movie scores, rock classics and Chinese fusion music. Annie has been playing since she was five years old and completed a BA in music and studied Jazz at the Auckland University School of Music. Her passion is to bring the accordion into the twentieth century as she believes it is a very underrated and powerful instrument.