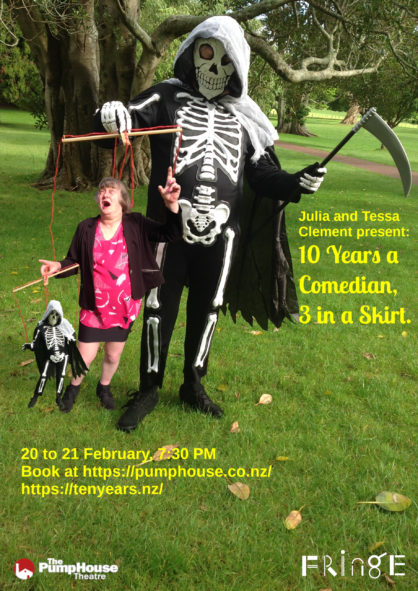 Imagine a comedy line-up show where all the comedians are one person spread over a 10 year period? Now you don’t have to.

In 2008 a new face appeared, or rather didn’t, on the Auckland comedy scene as a bucket-list one-off. Julia Clement was doing a performance as an incompetent Grim Reaper with pretentions in show business. In 2013 she returned discussing the inadequacy of hand sanitizer then in 2015 she began regularly performing comedy covering topics as diverse as chicken sashimi & almond milk. In late 2015 Julia gave up the unequal fight and came out as a transgender woman then she started again with new material to reflect her transgender status. For the next 3½ years Julia was the only male to female stand-up comedian in Auckland.

She now adds material based on her unique look at science and technology.

MC Tessa Clement introduces six comedic acts from Julia’s first 10 years as a comedian. Each will be Julia performing the original script live with her 2019 performing skills while the video of the original performance plays silently in the background for authenticity.

Thursday Night Special – see both 10 Years a Comedian, 3 in a Skirt and The Significant Stripper for the price of one ticket! 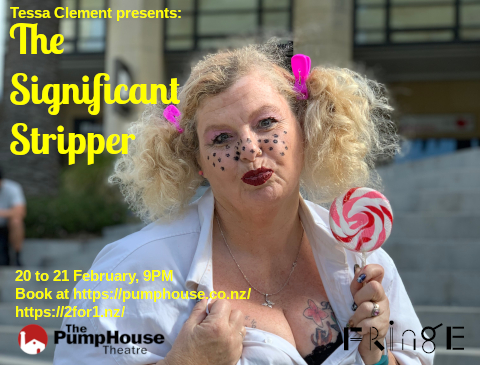