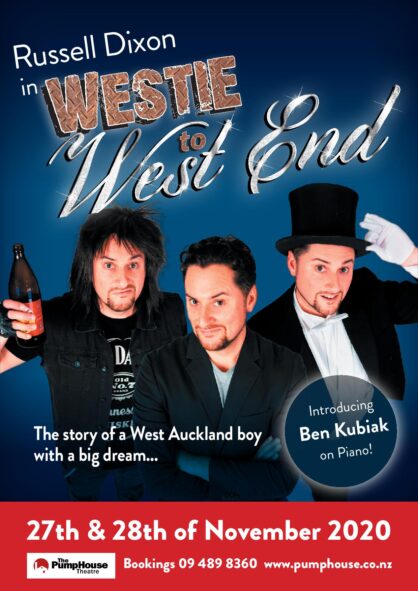 This cabaret production chronicles the true story of Russell Dixon, who as a young man from the West Auckland district of Oratia, dreamed of the bright lights of London’s West End. He developed his craft in local theatre and television before making the decision to move to the UK to pursue his goal.

The entertaining narrative pinpoints the most exciting and hilarious moments as well as the interesting people he met during his adventures while on this bold quest to realise a boyhood dream.

Accompanied by Ben Kubiak, one of New Zealand’s most accomplished pianists, the show is punctuated by performances of songs from relevant musicals including Miss Saigon, Me and my Girl, Aspects of Love, My Fair Lady, Grease, Beauty and the Beast, Top Hat and many more…!