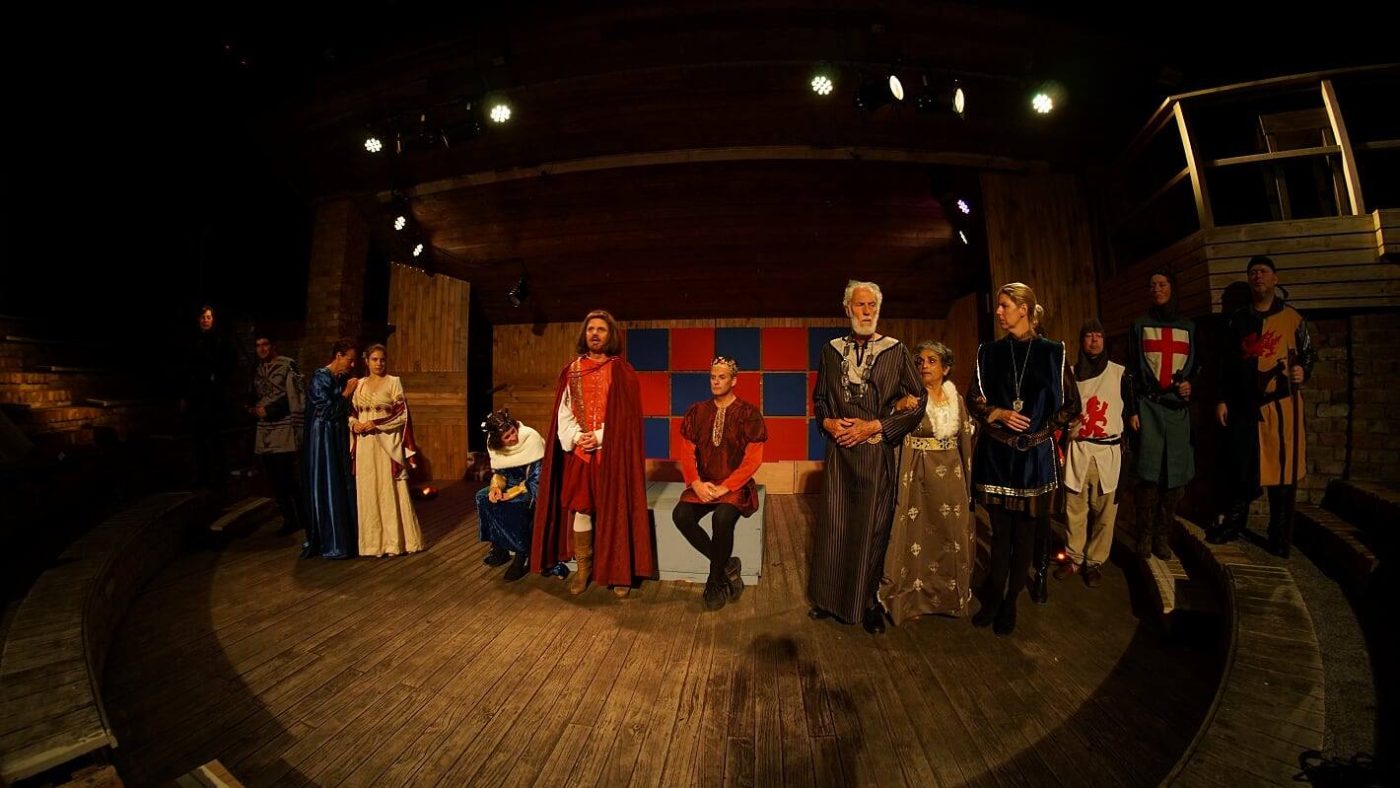 Meet Ayesha.  Ayesha is a part time English teacher at Auckland Uni and has performed the role of Mistress Quickly (the role she reprises in our production) 49 years ago with the Shakespeare Society at St Stephens College at Delhi University.  She recently performed in one other play in NZ – Dara (at TAPAC) A play based on a period of Indian history.

Meet Miriana. One of our youngest performers having just completed year 13 – she’s performed pretty much continuously through school and local community theatre this last year.  She’s just finished treading the Devonport boards with her dad, comedian Willi De Wit in a self devised piece which they hope to resurrect for the comedy festival next year.

Meet Alice.  Born in China, she moved to NZ in the mid 90’s.  Shy as a small girl and disliking performing on stage, High School has seen her find her inner performer playing jazz piano at a talent quest.  Since then she has done a few commercials and participated in a competition for a TV presenter contract with Phoenix television in Hong Kong

Meet Duncan.  A UK export from Manchester, and having lived in NZ for just over a year, he is now a fully-fledged teacher having been snapped up by Sylvia Park school where he kicks off next year.   Acting came by accident to this Mancunian where he filled in for a friend at Uni when someone dropped out of the Crucible.  This will be Duncan’s third Shakespeare with Shoreside.

Our cast is an eclectic bunch.  Amongst us is an architect, a school administrator, a transport planner, teachers, school kids and a couple of retired folk.  And that’s where the magic of community theatre casts its spell.  It brings together a group of people, perhaps not likely to mix under usual circumstances and it throws them together – linked by a desire to perform.  Lob in a love of the bard and you have our two casts for the annual Outdoor Summer Shakespeare.

No one gets paid.  People car pool, bus or bum rides to get to rehearsals.  Sometimes the paying job means you don’t quite make it to rehearsals.  Some offer props, or offer to make props or manage to obtain some small sponsorship to purchase props – usually from a supportive boss or through a family member.  Don’t quite know how many we’ll have to paint our set, but someone will put their hand up once the working bee is announced.

For Shoreside Theatre, our Outdoor Summer Shakespeare draws the most attendees to audition.  Why is that?  The fact of the matter is that Shakespeare writes for every(wo)man.  There is invariably a role for somebody, and invariably a somebody for that role.  It’s where men can play women and women can play men old can play young and young can play old.  It’s where people can sing and dance.  There’s dress ups, there’s fights, there’s love and hate and most of all – a collective creative process that is actually quite addictive for the performer – young and old, experienced and inexperienced.  It means that Shakespeare is the perfect fit for community theatre.

We are lucky at Shoreside Theatre. With the advent of the Pop up Globe, we have seen some regular Auckland based Shakespeare shows fall by the wayside – the University Summer Shakespeare is one popular one that has bowed out.  And to be honest, we’re not too sure how long we will be able to offer our season.  It’s not easy to compete without the marketing budget, the professional expertise, the corporate sponsorship.

But we are buoyed by the belief that there is space for us because there are a couple of reasons this local, amateur show is a great choice for an audience. By attending, you’re supporting the community – your family, your friends, your peers; we are a much less expensive option; and our lovely venue, The Amphitheatre at The Pumphouse, offers not only a rather charming intimate outdoor summer setting, but everyone gets a seat!